Prices fall down by 45% but the number of transactions increases

Tallinn is the capital and largest city of Estonia. It is located on the banks of the Gulf of Finland, 80 km south of Helsinki, and is the main seaport of the Republic. It is also one of the European towns that offer the cleanest air to breath. Medieval surroundings and modern information technology blend harmoniously in a whole environment.

After the 1991-indipendence from Soviet rule, Estonia – along with Latvia and Lithuania – had experienced a rapid economic progress thanks to the implementation of an effective programme of social and economic reforms, but the 2007-2010 global crisis hit the country heavily. However, Tallinn is showing encouraging signs of recovery for 2011.

In 2011, Estonia will adopt the euro. The exchange rate to the euro will remain at a constant figure and the single European currency is expected to have a positive effect on Estonian economy since both consumers and investors will be inspired by a positive attitude.

The Estonian capital will also be the European Capital of Culture in 2011. Its wonderful Old Town has been included in the list of World Heritage Sites by UNESCO for its cultural and historic significance. In 2005, Tallinn was defined as the Silicon Valley of Northern Europe by the New York Times due to the great development of the information technology sector.

Tallinn offers a promising investment scenario to overseas property buyers, most of which come above all from Scandinavia and Finland.

Many areas are being revitalized. A hotel and new housing units have been built on a 2-ha area in Ilmarine neighbourhood and the largest shopping centre in Estonia opened its doors in 2009. Two big residential projects are being implemented in Tallinn: 300 housing units will be built in a 4-ha area in Kalaranna district – the project has required a 55-million-€ investment – and Tondi area will be revitalized by transforming 19th-century barracks into comfortable apartments.

Development potential is high in Tondi area; indeed, the projects are being implemented on the 15% of the total surface available. Prices in both areas hover around 2600 euros per square metre. Sellers perceive the market adequately and launch new developments on the market at reasonable prices.

Home prices in Tallinn fell by 45% in comparison with 2007, but there has been a 5% increase in sales in the latest six months.

Tallin rental market is expected to experience a positive performance in the near future, since improved air and sea transport links with Western Europe have made Tallin easily accessible to tourists. Renting a 50-m two-roomed flat costs 300 euros per month but the price rises up to 2000 euros and more for 200-sqm apartments.

Rental market is particularly frenetic in autumn due to the presence of foreign students who look for suitable rental premises. As regards the rental sector, it is not possible to predict any significant price changes or flactuations in vacancy at the moment.

Click on the following links to learn more about real estate investment opportunities in Europe:

-          Switzerland: it is difficult for foreign investors to buy a home in St.Moritz

163,633.50USD
For sale
2 Bedrooms
39 m²
I am selling an apartment in the center of Tallinn in the Kristiine district. Living room with kitchen- openspace, bedroom, wardrobe, bathroom with tu...
Add to favourites Details
REALIGRO FREE ADVERT
Cod. 39467 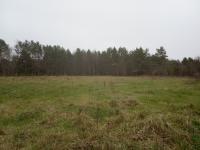 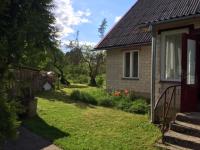 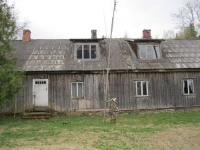 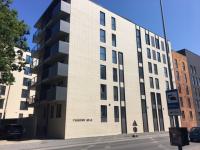 315,146.00USD
For sale
Farmland
500000 m²
Agricultural land for sale in Estonia is located in the province of Jarvamaa, Albu. Building land, excellent for agriculture or livestock breeding or ...
Add to favourites Details
REALIGRO FREE ADVERT
Cod. 38072