Spain: Menorca – the second largest island of Balearic Islands – has always been English tourists’ priviliged holiday destination. The island is not trendy and fashionable like Ibiza and Formentera yet, but it is in no way inferior to them; on the contrary, it is greener and less built.

The island boasts golden inlets in the north – such as in Cavalleria and in Cala pregonda – and long fine-sand beaches in the south – in Cala’n Bosch and Cala’n Porter. The Mediterranean cuisine is delightful, the climate is wonderful and the crystal-clear sea attracts holidaymakers in search of peace and quietness.

The British have always been the main investors in Menorca, but since 2008, they have become sellers more than buyers. They have put a large number of real estate properties for sale on the market, thus offering good investment opportunities to home buyers who have also some newly-built apartments – that have not been sold due to the Spanish housing bubble – at their disposal.

The property market of Menorca is still influenced by the euro-pound exchange rate. In 2004, the very strong pound has encouraged real estate investments on the island. Since 2008, the devaluation of the UK pound has triggered sales and – in many cases – knockdown sales.

Experts say unanimously this is the right moment to make a property investment in Menorca, especially in the tourists’ favourite areas – for example Cala’n Bosch – where new homes and apartments have been built. Properties for sale include horizontally-built two-roomed flats and terraced houses.

Prices have fallen considerably in this area and have reached 1,500 euros per square metre in Fornells – a small seaport with several typical restaurants – and in San Lluís – where a group of white small villas has attracted the interest of some Italian investors. There are some interesting investment opportunities in Mahon and Ciutadella – the most important towns on the island.

This trend has been reported also in the hinterland – in Es Mijorn Gran, Es Marcadal and Sant Lluís – where it is possible to buy an independent home with a little garden for 1,700 euros per square metre if one is ready to give up the idea of buying a home with sea view.

In view of a buy-to-let investment, it is necessary to take into account that the average rent is about 500/550 euros per month all-year-round.

Minorca was declared biosphere reserve by UNESCO in 1993 because it hosts nearly all Mediterranean island ecosystems and has managed to preserve green areas and skyline-free beaches. Building activity has been concentrated in some areas only, leaving some enchanting beaches – such as Cala Pregonda – that can be reached only on foot.

But what is the situation of the Spanish real estate market? Experts highlight that even if there has been an improvement in the market condition, prices shoud decrease further in order to attract the interest of investors; the current 20%-fall is not sufficient.

In Spain there are one million unsold homes and banks are still suffering the effects of the credit crunch; nonetheless, the Spanish property market has started to be lively again. The number of real estate transactions has increased by 10% in comparison with the same period of 2009.

International funds have appeared again on the real estate market of Spain, as the value of the euro has fallen in comparison with the dollar and the UK pound. International investors are looking for building plots in the vicinity of big towns. Buying a plot of land that is suitable for building at a low price to build homes and apartments in the future can be a wise investment option. 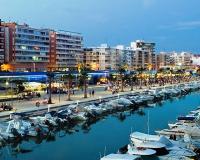 103,877.20USD
For sale
2 Bedrooms
56 m²
ID:SH-133 Nice apartment on the third floor of a property in popular La Mata with 2 bedrooms with fitted wardrobes, bathroom with shower, kitchen a...
Add to favourites Details
Szikora Hajnalka
Cod. 41401 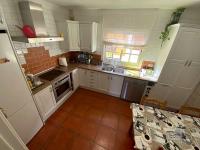 141,137.50USD
For sale
2 Bedrooms
64 m²
A first floor bungalow for sale with a large private terrace in one of the best areas of the Costa Blanca. It has two bedrooms, a large living room-ki...
Add to favourites Details
REALIGRO FREE ADVERT
Cod. 41377 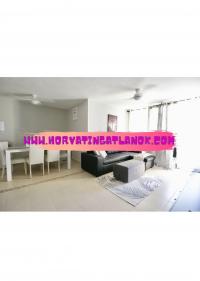 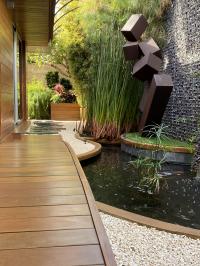