United Kingdom: Cornwall - England - has benefited from the economic crisis and the sharp fall of the British pound.

The region forms the tip of the South-Western peninsula of Great Britain and stretches towards the crystal-clear Atlantic Ocean. The 650-km coast is loved by the English and by tourists for its clean air, the fascinating landscape, the numerous golden beaches, the wonderful creeks, the sheltered bays and the fishing villages that seem to have come out of an illustrated fairy tale.

In the latest years, Cornwall is becoming more and more fashionable due to the opening of restaurants, boutique hotels, art galleries and museums and is considered a surprising adventure playground.

The economic recession and the loss of value of the British pound against the euro have speeded up the success of the real estate market in the region. Many English investors having a limited budget due to the crisis have rediscovered the pleasure of spending their holidays in their own country. Lots of foreigners have decided to spend their holidays and their strong currency in Corwall and after their stay they have decided to buy a home in this enchanting region. Many English buyers have thought that it is advisable to buy a second home in a place that can be easily reached by car or by train after the eruption of the sub-glacial Eyjafjoell volcano brought European airspace to a standstill.

The real estate market in Cornwall is experiencing a new degree of popularity. The Northern region is the most demanded area for holidays and represents 9.6% of second homes of English people. Homes with seaview are the most demanded and most expensive properties, above all if they have direct access to the beach or a private boat doak.

The Atlantic coast is the most demanded and expensive area, but the region offers a wide range of properties with a great variety of prices.

The region has adopted wise far-sighted measures by limiting building permits and by offering environment-friendly dwellings. On the Northern coast, for example, near St Agnes, it is possible to buy ecological houses in Jericho Valley for 400 thousand pounds. These houses have been built to minimize the impact on the environment and to lower the costs for the management and the heating of the house. On the Southern coast, an environmentally-sound village has been built near Looe. It enjoys a spectacular view of Talland Bay. House prices start from 350 thousand pounds and buyers can personalize interior and exterior design by adding windows or terraces. A 2500-pound deposit protects the price from the fluctuations of the market.

Furthermore, buyers can derive an interesting annual return by renting their home to holidaymakers. 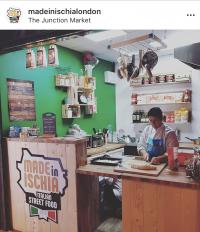 7,284.42USD
For sale
Business
4 m²
Commercial activity for sale in The junction market (95 seven sisters road). The business has been open since last October and for personal reasons we...
Add to favourites Details
REALIGRO FREE ADVERT
Cod. 37333 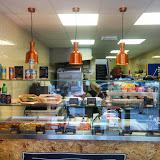 545,117.75USD
For sale
3 Bedrooms
50 m²
Weavers Way: a very quiet and safe place, in the heart of Camden and only moments from King Cross and St. Pancras stations, from the tube station, th...
Add to favourites Details
REALIGRO FREE ADVERT
Cod. 35027 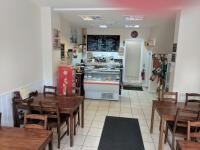 30,958.80USD
For sale
Bar/Restaurant/Nightclub
43 m²
A1 class small cafe in the heart of Archway is up for a quick sale due to personal reasons. A lovely little start up business up and running and fu...
Add to favourites Details
REALIGRO FREE ADVERT
Cod. 29702

1,214,070.71USD
For sale
Hotel
1172.2 m²
DESCRIPTION 46 bedroom hotel all of which have en-suite facilities. The hotel comprises of a mid terrace purpose built hotel. The hotel is non-t...
Add to favourites Details
REALIGRO FREE ADVERT
Cod. 28045 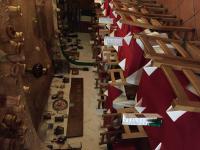 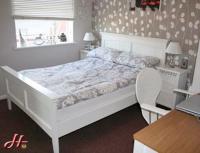