PROPERTIES TO BUY, PLACES TO LIVE – ISLAND OF BRAC, CROATIA

How to get there? What to expect?

It is a magical tiny world of its own. Well, perhaps not that tiny. With the size of 395 square kilometres (1/3 larger than Malta), Brac is the second largest Croatian island and the tallest of all – a 778 m high “Vidova gora” mountain peak offers amazing views over Hvar channel towards the open sea and Italy. A short ferry ride from Split city will take you to the main town and ferry port of Supetar even before you finish reading the morning newspaper (45 min, 4 euros single ticket). National carrier  “Jadrolinija” offers 10 off-season and 16 seasonal connections to Split. High season includes catamaran lines from the towns of Bol and Miln to Split city and Hvar island.

Inhabited back from the Illyrian times, mentioned under the name of “Brattia” in the 4th century maps, this island nowadays has a population of around 15 thousand people spread in 24 different towns and villages, most of which are facing Split channel from the northern side.  Traditional economic branches include livestock farming, wine and olive oil (over half a million of olive trees) production and quarries (White House in Washington was built out of its famous everlasting stone). From the Middle Age, inhabitants intensively got involved in forestry, fishery, agriculture and trade. Seaside villages and towns show envious degree of urban living culture from the 16th century and on. Tourism became important in the 70s when the infrastructure improved significantly (extensive network of roads, water and electricity supply from the mainland). Brac is the only mid/south Croatian island with an international airport and a home of probably the most famous beach on Adriatic coast – the Golden Cape. Modern Brac is a place where one does not need to go for miles to satisfy their various needs in everyday life. You will easily find bank, post office, supermarket, petrol station, bakery, butchery, police, hospital, bus station, taxies, restaurants, bars, tourist agencies, classy hotels… well, I could go on and on. You name it, they will have it. Yet, in 5 minutes you may find yourself on a remote beach with the sound of waves in sunset, charging your batteries before returning back to your everyday routine.

This is exactly the reason why a significant number of foreigners picked up Brac island over the past few years as their second home destination. Most convenient places to live are Supetar, Splitska, Postira and Sutivan because of their proximity to the ferry. However, towns of Milna (because of its yacht marina) and Bol (a popular summer hotspot for wealthy people and windsurfers) are among the most wanted too. Although Brac was never a place for trendsetters, unlike Hvar for example, it was always visited by wealthy and famous people who appreciated the simplicity of life and natural environment. Which kind of properties there are and what should I look for?

Houses are most common type of the property found on Brac island, whether built as semi-detached townhouses in historic centres or as detached family houses or villas around the centres. Islanders just love them and are very jealous on their grandfathers homes. Keep that in mind once you ask your agent to negotiate the price.

With the expansion of urban planning and the formation of the new residential zones, apartment buildings became popular several years ago.

Strict Laws from 2003 and on forbid the construction of a massive apartment blocks, preventing the harmonious visage of each village. Local spatial plans take that strategy into consideration too when approving or declining your building permit request.

Property prices grew, following the trends of the rest of the country. We may even say that the average price per square has always been slightly higher than for the same-like property along the coast. Even nowadays, one may consider to be lucky if he finds a newly built two bedroom apartment with sea views for less than 120 thousand euros, or a three-bedroom family house with views, at walking distance to the sea, for less than 300 thousand euros.

Having a local property expert as an associate, this island became the point of my frequent business trips from/to Split and founded its route on the maps of many of the property buyers too. Last week I was amazed how the newly built sea-front apartments on Brac are being offered at 3.000 eur/m2 in the peak of the financial crises and sold successfully even in an off-plan phase.

Property of the month

Though we have a wide range of properties on Brac island, it is our principal to offer only fairly priced ones on which you will gain additional value in the future and make the best out of it. That is why I am extremely pleased to present this undervalued offer, the details of which you may find on the following link:

I truly hope that Brac island will be your new second home destination. You will easily get along with locals and find many new overseas friends too. Enjoying an easy-going lifestyle all-year-round will make you whish you would never leave 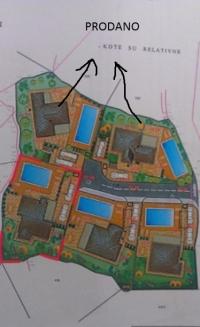 96,984.00USD
For sale
Development Property
500 m²
Three plots of 500 m2 for construction of three villas with pools. The plot has a beautiful view of the sea. Obtained solutions are about building con...
Add to favourites Details
REALIGRO FREE ADVERT
Cod. 20995

969,840.00USD
For sale
Agritourism
6000 m²
we have big estate near Bol.everything is hand made of brac old stone and wood,there is a house with fireplace.estate is on alone place with mountain ...
Add to favourites Details

108,500.85USD
For sale
3 Bedrooms
51 m²
Apartment in groundfloor, only 20 meters away from the sea and the beach! 2 bedrooms, living area with dining area and kitchen! Completely furnished ...
Add to favourites Details 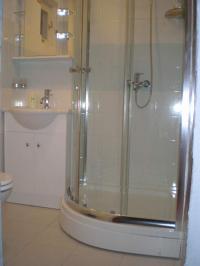 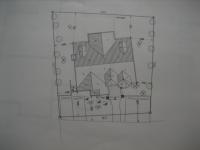 180,632.70USD
For sale
Farmland
437 m²
For sale: a 437m2  building plot on the beautiful coast of the Croatian island Brac next to Sutivan town.  The owner wanted to build the Villa Etelka...
Add to favourites Details
REALIGRO FREE ADVERT
Cod. 17406 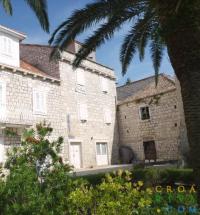 872,856.00USD
For sale
Other (Commercial)
360 m²
Property Description In a small picturesque port town on the island of Brač which keeps its tranquility is this old stone house from the 17th centur...
Add to favourites Details