Central Park: from a health concern to a luxury place of residence

Central Park: from a health concern to a luxury place of residence

Central Park – the famous public park at the centre of Manhattan, New York City – opened in 1857 on an 843-acre city-owned land. The notion of park views did not exist at that time, as buildings were no more than five stories high.

The main concern of residents was to protect their homes from malaria-carrying mosquitoes that arrived from the park. The park was a health concern. Residents were reluctant to choose localities near the park as a place of residence. Despite the fear for malaria, developers started to build taller buildings, towers and residential hotels offering spectacular views. In the 1960s, a zoning resolution awarded air rights for tall buildings, which encouraged the construction of skyscrapers.

Today, apartments overlooking the most visited urban park in the United States – it receives 35 million visitors per year on average – are worth several millions of dollars. Prices can reach as much as $ 88 million – like the 6,774-square-foot penthouse bought by a Russian oligarch – but can even be higher: a two-floor penthouse at 157 West 57th Street is on the market for 115 million dollars.

Luxury condos with park views are listed at lower prices on Harlem Side – the mountain region of the park, where the terrain is hillier. Central Park North is also being gentrified. It is being converted into a luxury residential neighbourhood.

Harlem buildings offer beautiful intimate or panoramic views of the northeast corner of the park, depending on the floor where the apartment is located. Farsighted buyers – mostly overseas all-cash buyers – are choosing this area for their investments.

A Central Park view makes the value of a property increase by 25-50%. New York is one of the few cities in the US that places a higher premium on a park view than on a river view: a 10-25% premium is placed on apartments boasting a view of the Hudson River.

Now, market needs are evolving. Park views are not enough anymore. A double premium is placed on size and on the view offered by apartments on the top of buildings; therefore, we should expect some new changes in the value of residential buildings in New York in the near future.

490,981.50USD
For sale
2 Bedrooms
53 m²
Bright Apartment for Sale, placed on one of the most charming streets of NYC just one block from Broadway, on the island of Manhattan. Apartment co...
Add to favourites Details
REALIGRO FREE ADVERT
Cod. 25719

2,550,000.00USD
For sale
2 Bedrooms
118.45 m²
Trump Place is considered by most, as one of the top full service condo buildings in Lincoln Square. Our 2-bedroom 2-full bath penthouse unit is situa...
Add to favourites Details
REALIGRO FREE ADVERT
Cod. 23441 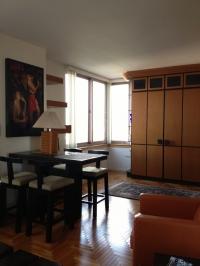 1,500,000.00USD
For sale
Other (Commercial)
92.9 m²
Homes are selling agent specializing in Manhattan, USA. Call or write will help, from beginning to end. Great investment and very (TAX) advantageous...
Add to favourites Details 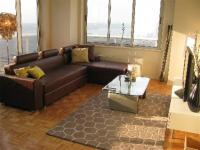