88 million dollars! That was the sum spent to purchase a 6,774-square-foot apartment overlooking Central Park in New York by the 22-year-old daughter of a Russian oligarch. The penthouse belonged to the financier Sanford Weill and his wife who bought it for 43.7 million dollars in 2007.

The sale made another purchase made in the same week seem unimportant: a few days before, a three-bedroom apartment had been sold in the same building for 24 million dollars.

When completed, the deal will become the most expensive one made in the Big Apple dwarfing the 53-million dollar sale of a town house at 4 East 75th Street.

The new owner of the luxury penthouse is Ms Ekaterina Rybolovleva, the daughter of Mr Dmitriy Rybolovlev, a Russian billionaire controlling one of the largest potash fertilizer businesses in Russia, which Forbes ranks as the 93rd richest person in the world. Ms Rybolovleva is a student of a U.S. University and will use the apartment during her visits to  property for sale New York. This is not the first Mr Rybolovlev’s purchase in the United States of America. He had already bought Donald Trump’s 33,000-square-foot Maison de l’Amitié in Palm Beach, Florida in 2008.

The former owner of the penthouse, Mr Weill, said the sale proceeds were destined to charity when he first put the property on the market. The recipient is still unknown, but of course this sale helped in making many people happy.

414,477.00USD
For sale
2 Bedrooms
53 m²
Bright Apartment for Sale, placed on one of the most charming streets of NYC just one block from Broadway, on the island of Manhattan. Apartment co...
Add to favourites Details
REALIGRO FREE ADVERT
Cod. 31731

2,550,000.00USD
For sale
2 Bedrooms
118.45 m²
Trump Place is considered by most, as one of the top full service condo buildings in Lincoln Square. Our 2-bedroom 2-full bath penthouse unit is situa...
Add to favourites Details
REALIGRO FREE ADVERT
Cod. 23770 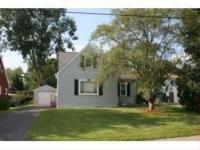 350.00USD
Rent-Holidays
1 Bedroom
Number of people: 1/4
Holiday type:
Accept pets: No
Parking: No
1 m²
The apartment is a ONE BEDROOM and has a Large living room with a sofa bed that can accommodate 2 people. There is a fully equipped kitchen with a ce...
Add to favourites Details 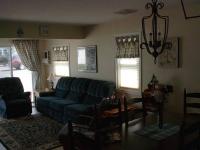