Living in the Black Pearl

Living in the Black Pearl

Sometimes, buying a town house can make a difference

The Black Pearl we’re talking about is not the ship with black hulls and sails captained by Jack Sparrow that sailed the Caribbean Sea in the multi-billion dollar Walt Disney’s films. We’re not talking about cursed pirates or brave sailors struggling to survive hurricanes. We are talking about a new architectural masterpiece. It is a three-storey, 1,823-square-foot town house with a jet-black, oil and pitch-painted brick façade in Rotterdam.

The city of Rotterdam decided to sell crumbled homes in troubled neighbourhoods at cut-rate prices. Rolf Bruggink – a Dutch architect and furniture designer – bought one in 2008, in the Charlois district – a working-class area characterised by terraced homes where squatters and drug addicts lived – for 35,000 euros.

The house was in really bad conditions: plants had taken over; the façade risked to collapse. Mr Bruggink decided to renovate it and to paint it black: That’s where the house took its name. The house has one large window on the second level and one on the third with corridors of light through the interior. Light flows in from the front and out through the corresponding windows at the back.

The house – whose new three-floor interior cost 230,000 euros – preserves its bound to its past. Floor-to-ceiling wooden racks are used to store Mr Briggink’s furniture-design business. At the back of the house there are grand metal-and-glass doors opening to a bamboo garden.

The second level – where there is the living room – retains its original brick walls. On the second floor, the designer has created a spatial abstraction: there isn’t any closed room. The living area and the kitchen are separated by a new timber structure concealing pipes. The kitchen is flooded with light thanks to a large skylight. Cabinet doors have been made out using the wood taken from the original house.

The third floor houses the bedrooms and the bathroom. On the roof there is a new greenhouse with plants in ceramic pots and a whirlpool tub that offers the bather a marvellous panoramic view of Rotterdam.

·         Australia: Living in a vintage stereo speaker cabinet in Melbourne

Reserved negotiation
For sale
House
242 m²
3102/5000 I have an offer that you may find interesting. The registration fee for 10 people is EUR 1250 per month! notary agreement for a year with a...
Add to favourites Details
REALIGRO FREE ADVERT
Cod. 30522 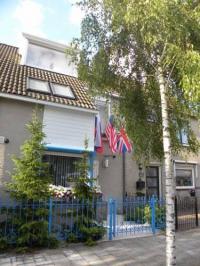 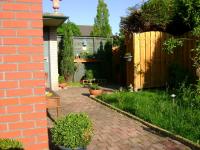 446,972.50USD
For sale
2 Bedrooms
90 m²
A perfect from IJburg island of the apartment East Amsterdam views, sunrise and the opportunity to see the sunset briefly a perfect sunset, evening, a...
Add to favourites Details
REALIGRO FREE ADVERT
Cod. 25790 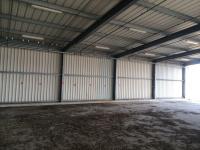 836,101.50USD
For sale
Development Property
8665 m²
We offer for sale; Special construction site, on the edge of buildings and nature, in the beautiful and centrally located place Lierop. Building Loc...
Add to favourites Details