According to the Irish real estate portal Daft.ie, domestic house prices rose by 2.7% during the second quarter of 2018. To understand the nature of the phenomenon it is necessary to step back and return to the 1990s. In that period, in fact, the Irish economic history was marked by the so-called real estate bubble: the sudden increase in prices in the construction market.

The phase of the '' Celtic Tiger '' reached its peak in 2006 with a coincidence of speculative increase in buildings, was consolidated in 2007 and, subsequently, broke out at the end of 2008. From after the first quarter of 2010, house prices in Ireland they fell by 35% compared to the same period of 2007, while the number of loans granted fell by 73%. The collapse in domestic and commercial property prices contributed to the Irish banking crisis.

The transfer of mortgage loans was reduced to 1971 levels. This rate is equal to 18% for loans for commercial and lease purposes. At the end of March 2013, arrears continued to grow. The solution was presented in 2018 thanks to an inexplicable increase in the demand for real estate, rising to 3.7% between 2017 and 2018.

The reasons that led to numerous transfers in the Irish capital are many. First of all multiculturalism, the presence of many multinationals (Apple, Amazon, Ebay, Microsoft, Kellogs, Facebook, Starwoood) that give life to a fermenting labor market, simplicity in the bureaucracy and a reduced taxation system.

In Dublin, prices rose by 1.7% between March and June, bringing the average price of capital to a substantial increase of € 150,000 more than in the previous five years. In all other cities, prices are increased in the last three months (by 4.8%). The phenomenon has also extended in the  rural areas (+ 3.2%).

The number of properties available for purchase in Ireland on the domestic market has increased in recent months. In Dublin, almost 4,700 properties were available for purchase in June, almost 60% from the previous year. Outside the capital, there were about 18,000 houses on the square in June - 2% less than the previous year, but increasing by almost 3,000 units in March.

The fraction of property for sale in Dublin that finds a buyer within 2 months is down (36% compared to 49% a year ago), while the fraction sold within 4 months remains very high (70%). Elsewhere, 64% of the listed properties find a buyer within four months, in line with the figure of a year ago (67%).

Below are the average list prices and changes in the second quarter of 2018, with direct links for the purchase of real estate. Houses in Dublin: € 374,886

189,304.95USD
For sale
House
120 m²
Offers are invited for this truly unique property in a tranquil, private location in South Galway, a mile from Clare border, near Burren, Ocean and th...
Add to favourites Details
REALIGRO FREE ADVERT
Cod. 34855 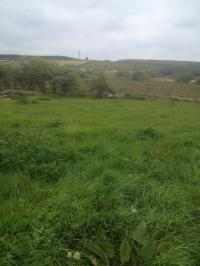 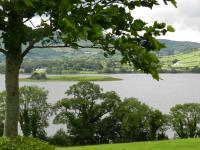 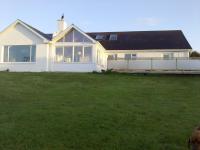 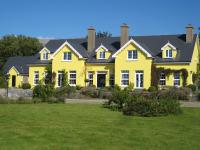