Porto Montenegro – Luxury is now affordable to everyone

Montenegro – a hidden gem of Adriatic. Why should you consider this little country as your second home destionation? To Realigro readers we offer 0% commission on Porto Montenegro residential suits.

Back in 19th century, Lord Byron wrote “At the birth of our planet, the most beautiful encounter between the land and the sea must have happened at the coast of Montenegro. When the pearls of nature were sown, handfuls of them were cast on this soil.”

Yet, not many are familiar with this hidden gem of Adriatic coast. After gaining independence in 2006, the property market played an important role in its development. Driven by the Russian capital and a number of UK developers and end-buyers, the country´s infrastructure rapidly improved, doubling the property prices in just 2 years.

Foreign investments, while still very high compared to other European countries, have now slowed, and a number of large development projects have been put on hold. This could be a good thing long term, ensuring that the coast does not become overbuilt, and proper planning procedures are addressed and adhered to. Infrastructure improvements have continued over the last 3 years, with the installation of new utility networks, new roads linking major cities, and modern retail outlets popping up in all the towns. Moreover, there are 2 international airports (Podgorica and Tivat), while Croatian city of Dubrovnik is just an hour away.

Property prices have decreased by on average 30% in the period of 2009-2010, with some distressed properties selling at well below this rate. Buyers have been able to snap up property at 2006 prices, but now the same property comes with a 2010 infrastructure. With a little negotiation on behalf of the agent, they have been able to secure property at knock down prices from desperate sellers. It’s the modern, high quality villas and apartments close to the beach and restaurants that are currently the most desirable. With prices that have bottomed out and a steady flow of new property onto the market, the buyers’ market is still an imperative of the nowadays Montenegro.

There´s a reason why Montenegro is often referred as The new Riviera – it´s unspoilt beauty. In the light of market stats written above, Porto Montenegro is undoubtly the right place to buy a second home.

The Bay of Kotor, in which Porto Montenegro is found, is the Adriatic's largest, most beautiful and best sheltered natural harbour. Tivat, as its cenral harbour and favourite place for yacht enthusiasts is ideal location for a new marina, the biggest in Europe. Financed with the capital of Canadian millionaire Peter Munk and his partners, conversion of the old Tivat shipyard has already begun, along with two residential complexes containing 45 units in total. Residences enjoy large garden terraces and west-facing views to the waterfront. Other features include an elevated courtyard with elegantly designed pool. There is a selection of studio, one, two and three bedroom apartments for sale. The prices start from 145.000 €. Each apartment owner will be given berth in marina. 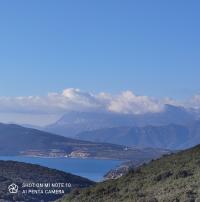 81,594.48USD
For sale
1 Bedroom
31 m²
Apartments in new construction directly from investors. The facility is located in the center of Budva, distance from the sea - 200m. The transactio...
Add to favourites Details
REALIGRO FREE ADVERT
Cod. 40576 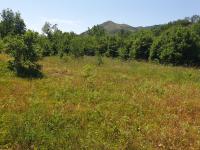 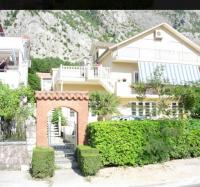