Ever wondered what it would look like to own a property for sale in Croatia? Don´t know much about the market and if the time is right to invest? Ever since the property market has opened to the foreign buyers, thousands of foreign property investors may tell you that you had already missed your chance. It is now the time to tell you that they were wrong. This artcile will give you a brief realistic insight in the current situation on Croatian second/holiday homes market. This hidden little Mediterranean gem, whose EU ascension is scheduled for 2012, may be the right place for you. The best way to start is to bring 2008 – 2009 statistics as those two years were the most distressful for all the property markets. According to the information given by the Tax office, the number of the stamp duty (property transfer tax) tributaries accrued by 26% in the period of 2003 – 2007, while the contracted sales value grew by over 100%, with the slight exception in 2005.

However, following the worldwide changes, 2008 brought significant changes on the national level, lowering the number of the transactions by 15% in average (44% in Zagreb and Split, 58% in Zadar, 16% in Pula and 9% in Dubrovnik) as well as the contracted sales value by 10% compared with 2007. As the 2008 Tax office statistics have not been fully finished yet, it is estimated that the number of transations on the national level will be even lower compared with 2007 figures, depending on the property category (i.e. ts). Speaking of domestic market, banks are the main culprits to this situation as the housing loans recoded  a slow down in the past two years. A total housing loan value growth of 22,5% in 2007 and only 15,6% in 2008 is to be thanked to income gained from higher interest rates, now being at 8,5% in average. Adding a displacement of the private sector by the state, an increase of the reserves for the bad bank financing in the past, lower purchasing power on retail market (a special crisis tax implemented in 2009 as an additional burden for the working force) as well as expectations on further price fall, it is quite normal that most of average Croatian buyers will think twice before applying for a housing loan these days.

What happened with the prices?

Being a foreign buyer, you are not in a possibility to get a housing loan from Croatian banks. As the cash is highly appreciated at the moment, this might be a good time to think about property purchase. Though there has been a price fall recorded in 2009, it is still significantly lower than the one seen in some western European countries, leaving Croatian propety market relatively stable for the time being.

Do not be carried away by such figures as it is very likely that you will find a big difference in prices among the attractive city center properties and the ones less appealing located in their outskirts. The price range in Zagreb alone is between 1.500 eur/m2 in its eastern suburbs and 2.450 eur/m2 in the center. The same pattern can be applied to any bigger coastal town too. An encouraging fact is that the serious cash buyers may easily accomplish another 10% discount from the asking prices. Croatia is nowadays (finally) a buyers market. Where to buy and should I expect futher price adjustments?

Assuming that most of the Realigro newsletter readers are interested in a second/holiday homes, I will put Zagreb aside for being a very complex market interestsing mainly to Croatian residents and entrepreneurs, and concentrate on the coastal areas of Istria and Dalmatia.

The answer to the main question raised in the subtitle is very simple – a good catch is hard to find and if you do, be sure that it has also been found by numerous other buyers and the property will be off the market quicker than you can imagine. Foreign buyers often do not have months to spend searching around, so the main point is to look for fairly priced properties and to respect a few well known tips, such as:

While doing the property viewings, the most common question raised by the foreign buyers in Croatia is: how come that the average asking prices have not fallen more like in western Europe and will they do so in the future?

Croatia is now suffering from internal economic issues caused by the, some might say, badly managed and unconsistent economy. Those issues have come up on the surface at the time of the worldwide crisis and affected its property market, much like anywhere else in the world. But unlike in other countries, property market was not a generating factor that brought the economy down. Therefore, the property price adjustment was a normal reaction to other causes and has been kept steady for the past few months. The reasons for steady prices may be looked for in the following explanations:

1. The national urban planning strategy is to improve the management of the existing construction potential, rather than destroying untouched nature. Due to limited expansion potential in some areas, buildable land became quite expencive and has a significant influence in forming the final prices.

2. As the sales volume has been on decrease for the past two years, less investors applied for new building permits, trying to sell existing units rather than creating new ones.  Also, on Adriatic coast, there are many private property investors who have financed their projects with cash. For not being bounded by the bank loans, therefore not in a need to sell urgently, they can afford to keep the prices as  they were or make small adjustments.

3. And finally, you should know that when it comes to the housing market, Croatia has one of the highest percentage of the property owners in Europe. Practically it means that the huge resell market supply is offered by the private entities who have their housing issue settled and have no reason to sell under the true value. Most of them will rather reject low offers and withdraw the property from the market to wait for some better times to come.

Because of those reasons, it is to expect that the prices will not significanatly fall futher on. However, the future will surely bring more difference in prices between well-located, quality and attractive properties that will keep steady prices for the time being with the perspective to increase the value in the future and those that have no such features and will have to decrease in value in order to sell. A rapid growth of IT sector in Croatia as well as many web sites available in English will easily allow to get an insight in average property prices in the area of your interest. It is good to be informed in advance, otherwise you may find yourself loosing time with unrealistic expectations.

Brought in 2007 and fully enforced in 2009, the new Law on real estate intermediation is slowly making an order in the property agency business that has been a big mess for many years. If you use assistence of an agent, make sure to deal only with the licenced one. Among other terms, licence is given if an agent has a full-time employment with his agency, if the agency has insurance premium paid and proper office space to work from. Croatian Chamber of Economy is in charge of issuing the licences and the database of fully licenced agencies is available online on their web site.

To conclude, there is no wrong time to buy a property. There are only wrong properties to buy. Croatia is a wonderous country, a place with breath-taking nature, amazing history and sights, well developed infrastructure, all of which have been recognized and appreciated by the millions of tourists over the past few decades, and lately foreign property buyers too. What counts the most is the easy-going attitude of its inhabitants and stress free environment that will give property owners a chance to socialize and have fun in a way that has been forgotten in their native countries.

139,414.50USD
For sale
2 Bedrooms
49 m²
ID:8913 We got one such beautiful new building on offer. The new building is in the final stages of renovation and is located in a quiet street in ...
Add to favourites Details
Szikora Hajnalka
Cod. 41182 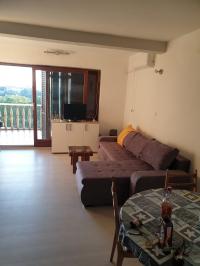 200,029.50USD
For sale
House
360 m²
ID:NV1 The house is in a quiet location. It consists of two apartments. On the ground floor there is a one-bedroom apartment with a living room lea...
Add to favourites Details
Szikora Hajnalka
Cod. 41162 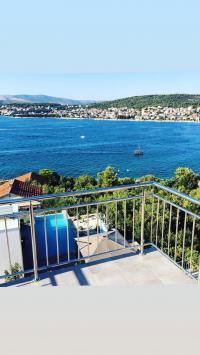 1,151,685.00USD
For sale
Villa
362 m²
Villa for sale on Ciovo with 5 fully furnished apartments and a beautiful sea view, 70 m from the beach. The area of the fully landscaped garden is...
Add to favourites Details
REALIGRO FREE ADVERT
Cod. 41115 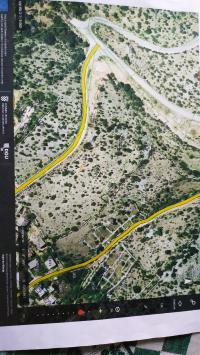 290,952.00USD
For sale
4 Bedrooms
150 m²
EXTRAORDINARY OPPORTUNITY If you want to be in 2 separate apartments, one above the other (and again together), with two separate gardens (next to ...
Add to favourites Details
REALIGRO FREE ADVERT
Cod. 40973

341,868.60USD
For sale
3 Bedrooms
94 m²
Luxury apartment for sale, in an apartment building in Medulin (Burle) near the beach, beaches and the center of Medulin. The building has a total of ...
Add to favourites Details
REALIGRO FREE ADVERT
Cod. 40940 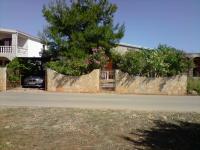