Moving to Tunisia: everything you need to know!

The sun, the almost white beaches with a 300-day bathing season, the spices and a unique and inimitable culture. We are talking about Tunisia, a land to be discovered! Currently it has become a very popular destination for both young people and especially for the elderly, because, especially for civil servants, allows you to receive the pension totally tax-free. But Tunisia is not just that. Whether you simply want to spend time away from the daily routine or you want to buy a property in Tunisia, the solution is only one, and it is right in front of you! Well yes, even today, we at Realigro have created a guide tailored to you and your needs as a traveler or potential citizen. So, leave atlases, maps and calculators because all the information you need, we will serve you now! So, let's get started!

You know us now, so let's start with a bit of history of this country (also because it is really worth it!). Since
It was prehistoric, Tunisia was inhabited by Berber tribes, later subjected to the rule of the great Roman Empire, and then give way to the Turks in the seventh century, who have passed on the traditions and culture currently in force in this country. Currently, in fact, this land is crammed with symbols of Byzantine art and Islamic religion. In 1956 it became a Presidential Republic with its own Constitution and, since then, the rights and freedoms of citizens have been guaranteed, without distinction of gender.

From a geographical point of view, the national surface is particularly desert for 40% but the remaining 60% of the territory is very fertile. Trade therefore makes use of products derived from the primary sectors, widely exported to all other countries. The Tunisian climate is wonderful to say the least. Along the northern coast is mainly Mediterranean, and then turn into desert in the central area. Temperatures range from a minimum of 16 degrees in winter to a maximum of 33 in summer.

From the point of view of landscape, Tunisia boasts about 8 world heritage sites recognized by UNESCO including: the Medina of Tunis, with over 600 monuments including palaces and majestic fountains and the famous National Park of Ichkeul which houses the lake of the same name.

Let's talk now about how you can reach this destination. Tunisia has five airports, which operate daily international flights.

As for the health facilities, there are about 250 public and private health facilities on the territory with very low costs and highly qualified staff. Healthcare has become a particularly powerful economic sector.

Let us now turn to the tax breaks that can be enjoyed in this state. Taxes are very favorable and exempt from tax for 80% of income, while the remaining 20% applicable is reduced by 16% if there is the situation of "dependent spouse".

But how do you live in Tunisia? Although it belongs to Africa, it is quite open to international relations, and it is absolutely not fundamentalist. Compared to many other neighbouring countries, in Tunisia it is possible to buy alcohol everywhere and women study and dress Western-style.

How much does it cost to buy a property in Tunisia? It should be pointed out that foreigners are allowed to buy a property in Tunisia, unlike agricultural land, which is leased. The capital, Tunis, is particularly popular, but also Hammamet, on the coast, is a good alternative. Prices start from 700 euros per square meter for the most luxurious villas, but you can also find properties at much lower prices.

We hope that this guide may have been useful for your trip to discover the beautiful and exotic Tunisia!

75,595.00USD
For sale
House
150 m²
the place is very quiet, halfway between Midoun and the lighthouse. The house does not have a blue title, but I have all the documents to ensure that...
Add to favourites Details
REALIGRO FREE ADVERT
Cod. 41035

75,595.00USD
For sale
House
150 m²
I sell a house a few steps from the sea and the city. The property is located in a quiet area with a large plot of land.
Add to favourites Details
REALIGRO FREE ADVERT
Cod. 40830 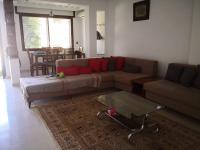 Reserved negotiation
For sale
3 Bedrooms
500 m²
Luxury penthouse for sale, 2 bathrooms, 1 shower room, 3 rooms (one of them is a Master bedroom with a balcony and a private bathroom), 2 balconies, a...
Add to favourites Details
REALIGRO FREE ADVERT
Cod. 40347 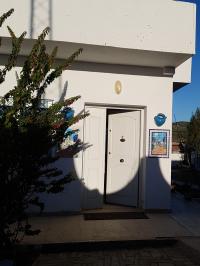 75,595.00USD
For sale
Villa
80 m²
I sell a pretty independent villa extended on a 500 square meters plot with garden and garage just 15 minutes by car from the splendid sea of Hammamet...
Add to favourites Details
REALIGRO FREE ADVERT
Cod. 39776