Düsseldorf: a new cleaner skyline for an ancient city

Düsseldorf: a new cleaner skyline for an ancient city

Düsseldorf is the capital city of the German state of North Rhine-Westphalia and one of the most important cities in Germany. It is located on the banks of the river Rhine and hosts the seat of the regional government of Land, three universities, a renowned Academy of Fine Arts and an important fair-ground. The city also hosts the largest Japanese community in Europe (with more than seven thousand citizens).

The city was rebuilt in a hurry at the end of World War II, but the current administration is making great efforts to modernize it and make it a city on human scale. Many pedestrian precincts have been created and a plan to renovate the city centre has been approved recently. Two buildings will be built on the north side of Königsallee – one of the most elegant and luxurious alleys in Europe. The project – called the Koe-Bogen project – was designed by the architect Daniel Libeskind. The Königsallee will be connected to Hofgarten, the 28-hectare city central park that will recover its charm of urban green oasis. The ugly banked road will be pulled down and replaced by an underground tunnel with 800 car parking spaces. Environmentalists support the project that will allow the plantation of 310 platans.

·         Rich investors from Germany and Great Britain are heading for Greece

1,858,474.00USD
For sale
4 Bedrooms
140 m²
Showings The property is being sold directly by the owner; no commission. Appointments for showings can be arranged at any time.
Add to favourites Details
REALIGRO FREE ADVERT
Cod. 40932 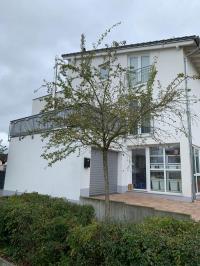 157,005.00USD
For sale
Bar/Restaurant/Nightclub
44 m²
BISTRO FOR SALE For sale is a bistro in Achern, Germany with an area of ​​44 square meters. The compact kitchen is fully equipped with a stove /...
Add to favourites Details
REALIGRO FREE ADVERT
Cod. 40264 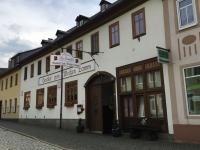 347,737.00USD
For sale
Hotel
1000 m²
Gasthof with well established Italian restaurant / pizzeria, 14 rooms and 2 apartments. The property is in good condition and well cared for, it is lo...
Add to favourites Details
Cod. 39665 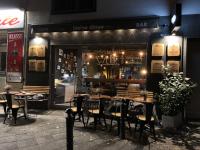 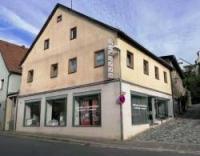 133,745.00USD
For sale
House
610 m²
Large historic house for sale in picturesque Bavaria. The house is located in the center of the small town of Hollfeld with 5000 inhabitants. Withi...
Add to favourites Details
REALIGRO FREE ADVERT
Cod. 39312

Reserved negotiation
For sale
House
1324 m²
In the so-called Vorharz, in the middle of a historical city (city right 938!) In the proximity of Magdeburg a spacious property of 1324 square meters...
Add to favourites Details
REALIGRO FREE ADVERT
Cod. 39287 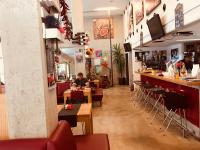