Cairo: The surprising real estate development of the Egyptian capital

Egypt is a strategic real estate investment destination, since the Egyptian bank system has not been involved in the events that have started the economic slump in many Western countries in 2008; therefore, the Egyptian real estate market is attracting the interest of many international developers.

Cairo – the capital city of Egypt – is a lively and international megalopolis. It is a fascinating city characterised by contrasts. The magnetic immobility of pyramids is in contrast with very busy streets that connect luxury neighbourhoods to skyscrapers overlooking the Nile, cement condos and shantytowns.

Cairo contains history and innovation. The city is experiencing a constant population increase and the growth of the real estate sector is pressing on towards the desert. The government aims at easing the congestion of the city-centre by heading towards the outskirts.

Several multi-purpose facilities will be built in Cairo.

Stone Park will be built by the Egyptian developer Roya on a 2-million-sqm terraced area. This complex will host 1430 residential units and the Stone Towers – an office complex planned by Zaha Hadid – that will combine the traditional Arab style with futuristic shapes that create light and shade effects.

The Cairo Expo City will rise on a 450thousand-sqm area between the centre and the airport. It will host a large conference hall, a luxury hotel, an office tower and a huge shopping mall.

Another pharaonic project is represented by the Mgm Grand New Giza project that will be implemeted by 2013. It is a 550-room resort that is located close to the archaeological park. It comprises also 2500 villas, 3 hotels and a golf course.

The housing demand has increased in the satellite towns surrounding Cairo – Heliopolis, Nasr City and New Cairo – Middle-class families demand for 75-100-sqm apartments, but the offer is not ready to meet the demand yet.

Prices in Cairo are varied. They depend on the quality of the real estate properties. They are usually comprised between 1000 and 5000 euros per square metre. Zamálek is the most demanded area.

Differently from the Red Sea – where a 1996 law establishes strict ties on the number of properties that it is possible to buy in the area – there is no restriction in Cairo and Alexandria. The commission for buyers and sellers in Cairo and Alexandria – the second largest city in Egypt – amounts to 2.5% of the value of the sale.

In ancient times, Alexandria was one of the most important commercial and cultural centres in the Mediterranean. Today, the city is the largest seaport in Egypt. Alexandria – like Cairo – is characterised by modern buildings, by busy routes and by a quick population increase; but, differently from Cairo, the openness to foreign investments is still limited. Analysts expect this situation will change in a few months, as soon as the new international airport will be opened.

Here again, new residential and tourist complexes are being built so that the population can move to peripheral areas. Borg el Arag area has been chosen for residential and commercial development. The Mediterranean coast is being promoted as a valid alternative to the Red Sea. Marsa Matrouh area will host a new residential pole that will be integrated with schools, holiday villages and hotels.

The demand for rental properties is also increasing in Egypt due to the great tourist success of the country.

The rental market is lively both in Cairo and Alexandria. The most demanded properties include two-three roomed flats of at least 120 sqm. The average price for a newly-built apartment in Cairo is 500-600 euros per month. In Mohandenseen neighbourhood prices go from 350 to 750 euros per month, but they go up to 700-800 euros in El Maadi district, as there is a wider offer of highly finished dwellings. In Zamàlek the monthly price to rent a flat is never lower than 800-900 euros. Renting a 500-sqm luxury villa with six bedrooms can cost 2100-2200 euros per month minimum. 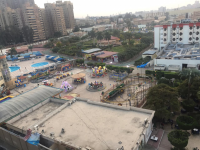 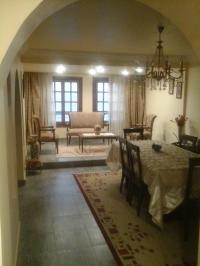 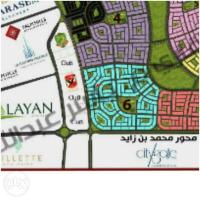 5,437.50USD
For sale
5+ Bedrooms
500 m²
The apartment is available for rent not for sales the price is only indicative and can be discussed
Add to favourites Details
REALIGRO FREE ADVERT
Cod. 32779 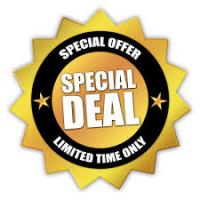 256,647.77USD
For sale
Farmland
25200 m²
Attractive farm land with attractive good area cultivated with red grapes in its half and the rest of the area is cultivated with other crop , it is a...
Add to favourites Details
REALIGRO FREE ADVERT
2005-2020 REALIGRO REAL ESTATE LTD. All Rights Reserved - VAT Nr: 893969932
Neikos Digital Agency
BB