Satellite rooms: the perfect solution to the shortage of space

Satellite rooms: the perfect solution to the shortage of space

Spain: “ReHabitar en nueve episodios” is an exhibition organised by the Spanish Ministerio de Vivienda – the local Ministry for Housing – It is the result of the research conducted by the group Habitar of the Polytechnic University of Catalonia. It was opened on 7th May and it will take place until 13th June in .Madrid

This exhibition invites to make the best use of the space available in a home and promotes the renovation of existing homes in order to provide them with a “satellite room” that allows them being suitable and adaptable to the changing needs of families by solving the problem of the shortage of space easily.

ReHabitar proposes to add a so-called “satellite room”, that is a large independent room located in the same building even if on a different floor. The “satellite room” does not have the facilities to satisfy habitability conditions and to be considered a “home”. Nonetheless, it allows the growth of the home and its adaptation to the wishes of people living there.

Having a room outside of its perimeter, a home becomes discontinuos. Actually, a home is already discontinuous when it has a storage room on the roof or a parking place on the ground floor or in the basement. Now, the only thing missing is admitting that an inhabitable room can be independent.

During the exhibition, a short film will be projected. Four domestic stories about fictitious experiences will be shown along with other similar true experiences appearing in newspapers and magazines.

Independent rooms that are connected directly to the house or located on another floor have always existed and are a good starting point to find modern solutions. For example, in the la Baixa Neighbourhood in Lisbon – Portugal – in Siedlung Dammerstock in Karlsruhe – Germany – and in Charlottenburg Nord in Berlin – Germany – there are some rooms with an independent entry, toilet and kitchen.

Some are examples are the top-floor apartments for young people – such as the working-class flats in Pforzheim – Germany – the studio apartments connected to the house or scattered over different points of the building or the Unité d’Habitation hotel in Marseille – France.

In order to provide a building with a satellite room it is necessary to adapt the block of flats. For this reason, the authors of the exhibition propose the renovation of some blocks of flats that were built between the 1960s and the 1980s, by replacing some of its floors with independent rooms. This intervention would allow using homes in a new way and would also revitalize the neighbourhood.

625,530.00USD
For sale
Villa
200 m²
Beautifull completely renovated villa in Moraira on the Costa Blanca in a residential area. The villa has modernised in 2019. For those who want to bu...
Add to favourites Details
REALIGRO FREE ADVERT
Cod. 39611 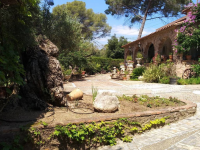 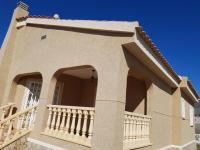