Overvalued and undervalued home prices around the world

Overvalued and undervalued home prices around the world

The biggest global housing bubble in history started in 2008

Home prices fell dramatically – by 34% - in America from 2006 to 2011. The plunge was even more unpleasant in Ireland, where it reached 45% from the price peak in 2007. Prices tumbled by 15% in Spain and Denmark. The situation is very different in countries such as Britain and Italy, where prices have dipped by 10%. In Australia, Canada and Sweden prices fluctuated but then they rose again; therefore, many property markets look overvalued.

A study conducted by The Economist tried to assess the risk of a further collapse by evaluating the level of affordability – through the price-to-income ratio – and the price-to-rent ratio, which means that house prices should reflect the estimated profits deriving from home ownership. A property is said to be overvalued when both of these measures are above their long-term average.

On the basis of the two measures, home prices seem to be overvalued in many countries around the world, among which there are Australia, Canada, France, Belgium, New Zealand, The Netherlands, Sweden, Spain and Britain. Irish prices also are slightly overvalued despite their collapse due partly to the fact that they were overvalued at their peak and partly to the sharp fall of incomes and rents. Properties in the United States of America, Japan and Germany, instead, are still undervalued. House prices in Germany are 20% lower than in France, at the moment, while in the USA, prices may not rebound even if they have bottomed. American prices plunged due to the highly risky mortgages and partly to the increasing unemployment rate that caused distressed sales.

Some economists maintain that higher prices in many countries are justified by lower interest rates that allow potential buyers to apply for higher home loans, but the risk is to see mortgage rates increase after the jump in bond yields in some euro-area countries; therefore, low interest rates should be balanced taking into account that tighter credit conditions make it harder for buyers to take out mortgages.

An adjustment of home prices does not necessarily imply a sharp drop towards a fair value. It could take place through higher rents and wages; anyway, a decade or more may be necessary before price ratios go back to their long-term average in some countries. A credit crunch or recession could make home prices tumble in many countries. 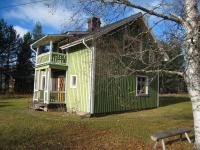