What’s the dominant purchasing force in the U.S.?

What’s the dominant purchasing force in the U.S.?

Russian and Chinese billionaires are not N.1 in the U.S. real estate market

Since the housing bust, the U.S. real estate market has called the attention of foreign investors interested in buying properties in the country. Where do they come from?

As you may easily imagine, Russian billionaires are famous for having made the most expensive purchases ever; indeed, they are known for being ready to pay – and sometimes overpay – millions of dollars for luxury mansions or penthouses in new New York, in the Silicon Valley and Miami. But they’re not No. 1!

The dominant purchasing force in the U.S. is represented by Canadian investors. The relatively weak currency and low prices have encouraged Canadians to buy vacation and retirement homes in the neighbouring country. Arizona and Florida are the countries they’re most attracted by, even if the proximity of the Midwest – including Chicago – makes it an easy place for them to make real estate investments.

The crisis has favoured the investments of overseas buyers who have benefited from favourable exchange rates, low prices and record-low mortgage rates. More than 50% of sales to foreign nationals occurred in property for sale Florida, California, Texas, Arizona and New York.

An ever increasing number of Chinese buyers are heading for the United States to buy a home. They have become the second largest foreign buyers in the U.S. and developers are reserving units on floors with number 8 – which Chinese consider to be a lucky number – in new condo projects for them. An intense investment activity comes from Argentina, Brazil, Colombia and Venezuela, too. Argentineans and Brazilian dominate the market in downtown Miami.

The U.S. is still considered to be a safe haven by investors coming from countries suffering political and financial uncertainty. Many rich European investors are trying to get rid of their homes in Europe to reinvest that money in American real estate properties. Singaporeans, Indonesians and Malaysians have been active particularly on the West Coast, where they look for newly-built condos to use them as pied-à-terres.

Another interesting target is represented by Armenian and Croatian buyers who share the philosophy of Russian investors and are ready to pay millions of dollars to purchase large properties for family compounds that will be torn down to build major homes.

22,000.00USD
For sale
Development Property
696.77 m²
Plot of land of about 700 square meters, located in Florida, with the opportunity to build a single-family house up to 170 square meters with an adjoi...
Add to favourites Details
REALIGRO FREE ADVERT
Cod. 37080 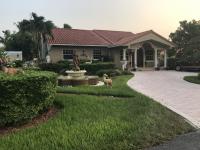 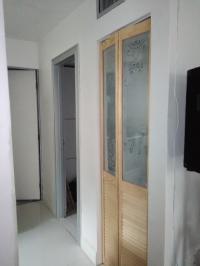 187,000.00USD
For sale
1 Bedroom
52.3 m²
NICE AND A COMPETITIVE PRICE APARTMENT NEXT TO THE BEAUTIFUL BISCAYNE BAY AND MIAMI BEACH.IN THE CENTER OF MIAMI MIDTOWN ACROSS TO THE LUXURY DESIGN D...
Add to favourites Details
REALIGRO FREE ADVERT
Cod. 31568 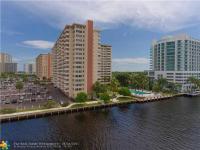