Not all sectors of the real estate market in the United States are slumping. The sale of high-end properties to rich investors from around the world is still successful. HNWIs willing to invest in the property market of Florida and New York come above all from developing countries such as Brazil, China, India and Russia. Among these, Russian buyers are ready to spend the most to purchase luxury penthouses, oceanfront homes or trophy apartments in the US.

Over the past four years, citizens from Russia or other countries of the former Soviet Union have invested more than $1 billion in the US residential real estate market, according to the data released by US lawyers and brokers. Forbes – an American publishing and media company – has revealed that the number of billionaires in Russia and Ukraine has more than tripled since 2009.

Russian buyers are the ones with the highest budget right now and have considerable cash on hand to invest into American real estate. The great availability of cash derives from the privatisation of Russian state industries and high oil prices.

Many wealthy Russian families are interested in moving their families and their fortunes to the United States. Not only they buy one-of-a-kind apartments and houses, they also invest tens of millions of dollars in expensive remodelling projects designed by brand-name interior designers.

The interest of Russian investors in purchasing a real estate property in New York has pushed Manhattan brokers and developers to raise the prices of de luxe properties. Russian buyers usually have clear ideas about what they want – they often demand first-rate full-service residences with central park views and on-call concierge service - but they end up spending twice their original budget! 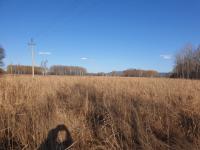 4,500,000.00USD
For sale
Farmland
161 m²
For sale a diversified farmland portfolio based in various regions in Russia with the total arable area of 16'112 hectares with the cadastral value of...
Add to favourites Details
REALIGRO FREE ADVERT
Cod. 41300 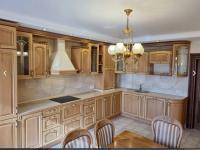 267,380.68USD
For sale
3 Bedrooms
180 m²
For those who value comfort, practicality and cosiness, we present you, in a small apartment building in a modern construction with autonomous gas hea...
Add to favourites Details
REALIGRO FREE ADVERT
Cod. 41283 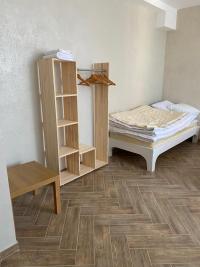 666,301.31USD
For sale
Hotel
219 m²
I offer for sale a guest house with 9 rooms with a mooring wall on the Matrosovsky Canal. Freshly renovated, equipped with all communications and inte...
Add to favourites Details
REALIGRO FREE ADVERT
Cod. 41233

1,054,269.00USD
For sale
Other (Commercial)
813 m²
For sale is a two-story commercial building with an attic and basement, built in 2004, located in the central part of Sochi, in the immediate vicinity...
Add to favourites Details
REALIGRO FREE ADVERT
Cod. 40700 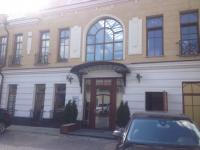 1,594,037.00USD
For sale
Other (Commercial)
1160 m²
The property is sold as part of the bankruptcy procedure at auction, in accordance with the legislation of the Russian Federation. The price is alread...
Add to favourites Details
REALIGRO FREE ADVERT
Cod. 40628 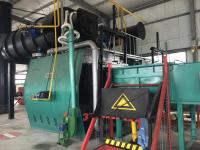 0.00USD
For sale
Other (Commercial)
2000 m²
Incinerator of toxic, hospital waste, hazardous and non-hazardous, industrial, etc. The incinerator can be relocated anywhere. It is a very good and ...
Add to favourites Details
REALIGRO FREE ADVERT
Cod. 40472 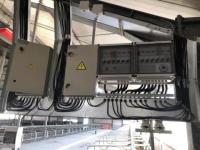