Which is the city with the greatest real estate performance in the world? Try to guess!

Which is the city with the greatest real estate performance in the world? Try to guess!

Which city in the world has reported the highest growth in the real estate market? If you try to guess, you’re unlikely to get the right answer at the first attempt. The city with the best real estate performance and with the highest increase in prices is located in Africa. It’s Nairobi, the capital of Kenya! Prices, here, have risen by 24.2 % according to the Prime global cities index published by Knight Frank. Only four cities in the world achieved a double-digit increase over a 12-month period.

Following Nairobi, in the second position, there is Jakarta – with a 14.3% increase – in the third position there is Miami – with a 13.9% rise – and in the fourth there is London with a respectable 11.3% increase. Surprisingly, the top four performing cities are spread across four different continents. The data released by the London real estate company show that only Africa and Northern America have experienced a good growth.

In the first quarter of 2012, an overall 0.4% drop has been noticed since the depths of the global recession and analysts do not expect upsurges in prices this year. Prices are falling in Europe, in Asia and in the Pacific area. Beijing is the only Chinese town to have seen house prices rise, as they have dropped also in Hong Kong and Shanghai. In the near future, Dubai is expected to recover; London, instead, is still a safe haven for home buyers from around the world. Both process and applicant numbers increased in the English capital city despite the 7%-stamp-duty rise for individuals buying homes over £ 2m.

Singapore and Moscow should also live a positive year. Prices in Singapore rose and the market became stronger thanks to the increasing demand driven by the high-budgeted investors from China, Indonesia and India who kept buying prime properties, as this market segment was not deterred by the surtax.

On the other hand, home prices must be taken in the economic context of countries: the 24.2% rise in prices in Nairobi becomes less enviable if you take into account that value of the Kenyan shilling dropped by 25% in 2011, even if it is gaining ground in 2012.

The results of the survey conducted by Knight Frank confirms that the capital flight will continue to be directed towards cities with low political risks, a transparent legal system, good security and last but not least an HNWI-friendly tax regime. 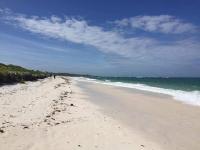 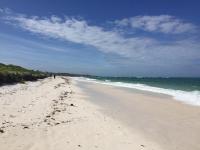 59,820.00USD
For sale
Villa
60 m²
FOR SALE VILLA OF ABOUT 60 SQM INSIDE THE ANGEL BAY RESORT IN KENYA MAMBRUI, COMPOSED OF LARGE ENTRANCE WITH KITCHEN, BATHROOM WITH SHOWER, BEDROOM AN...
Add to favourites Details
REALIGRO FREE ADVERT
Cod. 40404 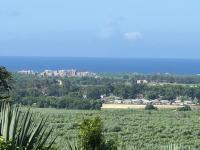 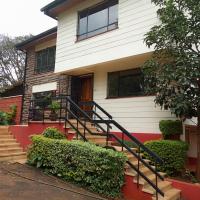