Live in Bratislava and work in Vienna

Live in Bratislava and work in Vienna

Bratislava – the ancient capital of the Kingdom of Hungary – has changed a lot in the latest years. She is not anymore hidden in the shade of Prague, the modern capital of Czech-Republic that was the capital of Czechoslovakia until 1st January 1993, when the state peacefully split into the two modern countries.

Today, Bratislava is the capital and largest city of Slovakia. The cistyscape is characterised by towers dating back to the Middle Age and magnificent 20th-century buildings, but it has undergone deep changes after the construction boom that started at the beginning of the 21st century. Several major projects have been completed and some other have been planned in Bratislava. The most attractive areas to build include the Danube riverfront, the areas around the main railway and bus stations and the former industrial zone near the Old Town.

Bratislava is situated on both banks of the Danube river and is the only national capitals bordering two independent countries: Austria and Hungary. Bratislava and Vienna are close to each other: at just 60 km from each other. Many people buy a home here in order to benefit from lower prices and commute to the Austrian capital every day; indeed, it only takes half-an-hour to reach Vienna thanks to the opening of a new motorway. Low-cost companies have started to use Bratislava’s airport for both cities.

The price difference is evident: apartments cost between 6000 and 12000 euros per square metre in the “ring” surrounding the historic centre of Vienna; the average price in Bratislava, instead, is about 2500 euros per square metre. Prices are stable at the moment, but they should start rising again at the beginning of 2011. There are good-quality investment solutions at reasonable prices in the city-centre.

The average price in the city-centre is around 2300 euros for an apartment in high-level traditional buildings but rises to 2500 euros to buy a house. Prices are lower in the second district: luxury newly-built homes cost around 1800 euros per square metre here. There are also luxury villas on the hills. Prices are comprised between 500000 and 2 million euros, depending on quality and position. Another investment option is represented by modern de luxe complexes that include shopping centres, hotels and apartments. Prices go from 2000 to 4000 euros.

Vienna has reported a slight fall in prices but the economic crisis has not affected the Austrian capital too negatively. This is an opportune moment to invest in Vienna, above all in the high-quality sector that has slowed down its growth but is now starting to rise again. Among the best areas to make a property investment there are the historic centre – where prices for a good-level apartment start from 1 million euros, but the value of these properties can hardly decrease – the 13th district – where prices of newly-built apartments start from 5000 euros per sqm – and the 4th district – where there are beautiful villas for sale at a price of 1 million euros.

Additional costs to buy a real estate property are also higher in Vienna than in Bratislava. In Vienna, the costs involved in the purchase process include a 3.6%-commission, a 3.5% stamp duty, a 1% registration fee and 1.5% notary charges. The stamp duty was abolished in Bratislava in 2005. The only cost implied in the purchase process here is represented by a 3-6% commission that can be negotiated and includes notary charges and the registration fee. Despite this, it is worth saying that Vienna was ranked first for quality of life in a list of 127 world cities by the Economist Intelligence Unit. Furthermore, prices are lower than in other European cities. 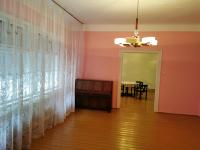 81,410.00USD
For sale
House
300 m²
I would like to sell my friends family house located in Central South Slovakia in a small village. The house has its own weeI, but easily manageable ...
Add to favourites Details
REALIGRO FREE ADVERT
Cod. 40725 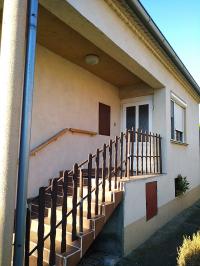 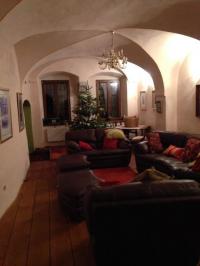 261,675.00USD
For sale
Building
1 m²
Outstanding restored ancient merchant house in the UNESCO town Levoca in the foothills of a high Tatras. On three floors , the attic is modern and br...
Add to favourites Details
Cod. 40466

Reserved negotiation
For sale
Business
1669 m²
Building for sale in Ipolysag We offer for sale or rent a business object in Ipolyság. The object is made up of two brick buildings on a flat, sunn...
Add to favourites Details
REALIGRO FREE ADVERT
Cod. 39679

139,560.00USD
For sale
House
180 m²
This three bedroom house is located only 1.5 hours from the capital Bratislava and just over two hours from Vienna. The house is in the heart of the v...
Add to favourites Details
REALIGRO FREE ADVERT
Cod. 39578 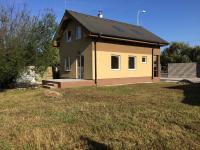 81,410.00USD
For sale
House
560 m²
I would like to sell my family house in small village in Middle South Slovakia. The house is ideal for a big family also for touristis purposes. The...
Add to favourites Details
REALIGRO FREE ADVERT
Cod. 39170

34,890.00USD
For sale
Farmhouse
1515 m²
I would like to sell my farm buildings and growning area in Middle South Slovakia next to the Hungarian border. The farm is located in a beautiful val...
Add to favourites Details
REALIGRO FREE ADVERT
2005-2021 REALIGRO REAL ESTATE LTD. All Rights Reserved - VAT Nr: 893969932
Neikos Digital Agency
BB