Living surrounded by an otherworldly atmosphere…

Living surrounded by an otherworldly atmosphere…

… in a site of outstanding universal value

Talking about unusual constructions, we cannot do without mentioning a very peculiar building method that has been common in Apulia, in the peasant south of Italy, in the past centuries: dry stone building. Dry stone structures are built from carefully-selected impeccably-interlocking stones without using any mortar to keep them bound together. Their stability and structural integrity is due to the compressional forces originated by the perfectly-fitting stones.

A remarkable example of drywall construction in Apulia is represented by the Trulli, limestone dwellings with pyramidal, domed or conical roofs built up of corbelled limestone slabs. They are an exceptional example of vernacular architecture, an outstanding survival of prehistoric building techniques that have been functioning in the modern world, too. This is the reason why Alberobello, the trulli for sale capital of Italy that hosts a village of more than one thousand still inhabited trulli – the 6-ha Monti quarter contains 1030 trulli – has been included in the list of World Heritage Sites by UNESCO.

But where did they come from? Tradition has it that dry stone walling was used in the 17th century to avoid taxation imposed on new settlements by the King of Naples. Local counts, indeed, allowed farmers and shepherds to build “temporary” dwellings – that could be quickly dismantled and easily reconstructed on feudal lands – to thwart tax inspectors sent by the king while pocketing what they collected from local peasantry.

The roughly-worked limestone boulders used to construct the buildings were collected from neighbouring fields or were provided by digging a cistern that was absolutely necessary in an area lacking in water. An ingenious eave placed at the base of the roof diverted rainwater through a channelled slab into the cistern built beneath the house. The structural walls were built directly on the bedrock, after having removed the topsoil when necessary. Their width varies from 0.80 metres to 2.70 metres (this last measure recorded in the Trullo Sovrano, the only two-storey trullo in Alberobello). Their height from ground level to where the vault starts ranges from 1.60 metres to 2 metres.

The trulli may take on a circular or on a square plan. The roofs are constructed in two skins – a limestone-voussoir inner skin topped by a closing stone and an outer skin made of outwardly-tilted grey limestone slabs known as “chianche” that make sure that the structure is watertight – and spring directly from the walls. The roofs terminate in a decorative hand-worked sandstone pinnacle that is supposed to be the signature of the stonemason who built the trullo: it might be a disk, a ball, a cone, a bowl, a polyhedron or a combination of various designs. Additionally, cones may have whitewashed symbols painted on them: for example, Christian symbols such as a simple cross or a cross on a heart pierced by an arrow representing Our Lady of Sorrows. An outside stairway of narrow stone steps gives access to the roof.

What about the interiors? Trulli usually have one room under each conical roof. The walls are whitewashed; the roofs, instead, are not painted and sometimes have mythological or religious symbols in white ash on them. The walls are pierced by small windows; fireplaces, ovens and alcoves, instead, are recessed into the thickness of the walls.

Alberobello has achieved an outstanding universal value thanks to the peculiarity of its dry stone buildings, but what a visitor can feel while walking through the narrow streets of the Monti quarter is an otherworldly atmosphere that astonish and charms at every glance. Alberobello has become a popular tourist attraction and many trulli have been converted into cosy accommodation facilities, restaurants or vacation homes, but it can be still recommended as a pleasant place to visit and, why not, make an investment.

-          Affordable real estate investments in the region of Salento 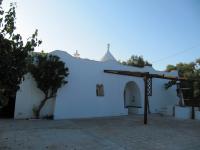 146,783.00USD
For sale
Trullo
70 m²
SALE in the countryside of Ostuni trulli statically pair of very healthy, beautifully restored. Trulli are attached to 11700 sqm of land with olive, a...
Add to favourites Details 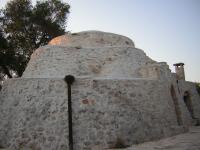 163,719.50USD
For sale
Trullo
1 m²
For sale in the countryside of Ostuni trulli complex Saracen tower and Ostuni, composed of a large central hall, a room attached, kitchen with firepla...
Add to favourites Details

395,185.00USD
For sale
Trullo
1 m²
For sale in the countryside of Ostuni, a portion of the farm, completely renovated with quality materials. E'su two levels, with vaulted ceilings and...
Add to favourites Details

248,402.00USD
For sale
Trullo
80 m²
A splendid and ancient complex of trullo and lamias, scenic and sea view. The property has been completely restored  maintaining the unique features o...
Add to favourites Details 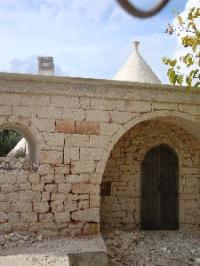 220,174.50USD
For sale
Trullo
140 m²
Villa composed by a trullo with 3 cones more lamia and bath; In front other lamia with large room whit bath and autside bath. In the middle a beautifu...
Ask info about similar real estates