Real estate prices rose by 7.4% in France in the first semester of 2011, in comparison with the same period of 2010. The 17.9% increase reported in Paris is said to have contributed to the price rise in the country. Prices have reached 8344 euros per square metre in the French capital city, 1200 euros more than 12 months ago.

Prices have risen also in Lyon – reaching 2653 euros per sq. metre – and Marseille – where real estate properties cost 2774 euros per sq. metre. On the Ile-de-France, the price rise is particularly high in Hauts-de-Seine and Val-de-Marne.

Nonetheless, there are some regions where prices have lowered – in the Bourgogne, in the Alsace, in the Aquitaine, in the Auvergne, in the Limousin and in the Nord-Pas-Calais-Picardie – even if they may reach 200 thousand euros.

The number of real estate transactions has declined remarkably, above all among young people under 30, due to the high price rise and the increased credit interest rates. The Observatoire Crédit Logement/CSA published a report according to which interest rates touched a 3.86 level in June. They have reached the level of summer 2006, when the market was booming, before the crisis started.

15 real estate credits out of 100 that could be financed at the end of 2010 cannot be financed anymore. This figure is worrying if one considers the purchasing power of French people in the real estate field. French buyers who wish to purchase a real estate property – particularly first-time buyers – must face a very difficult situation.

Home buyers, instead, understand the new market trend and price performance and are waiting for prices to drop. It will take at least six months to see a real price fall on the French market statistics. 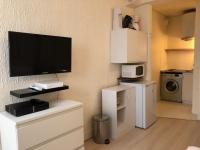 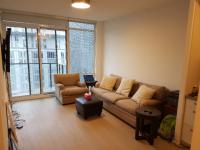 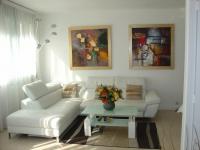 539.25USD
For rent
1 Bedroom
32 m²
Apartment at 109 boulevard de grenelle 75015 Paris Close to shops and transport in the heart of the 15th arrondissement, in a plush building, a well a...
Add to favourites Details
REALIGRO FREE ADVERT
Cod. 30581