Moving to France: the top 5 and the complete guide not to be missed!

Moving to France: the top 5 and the complete guide not to be missed!

Third economic power and European level, sixth in the world rankings, France is one of the most popular destinations for all those who want to spend holidays of relaxation, art and food and wine.
But there are those who want more ... or rather, look for a house in France to move permanently!
If you are also doing a little thinking and you already hear ''la vie en rose'' resonate in your mind, these tips will be valuable.
In the common thought, France is a place for the few, culturally closed and detached from foreigners.
Absolutely not!
In recent years, France has become the new home of many ethnic groups that mingle with a population that can no longer be called simply "French".
Are you already worried about French because the only words you know are Tour eiffel, Paris and Champs elysees?
No problem! In France, in addition to the official language, English is spoken quietly (the let- pass through each country).
Once these myths have been dispelled, let's move on to what interests us most: finding an apartment.
If you want to move to France you should know that there are different cities in addition to Paris even cheaper than worth considering.
Here is the top 5

5. Le Puy-en-Velay
If you want a city surrounded by a medieval climate, Le Puy - en - Velay is for you! Hidden in the heart of the volcanic region of Auvergne, it allows you to delve into a past that is still present.
4. Albies
Defined as "the jewel of the Midi-Pyrenees", it is one of the smallest and most beautiful cities in France.
A quiet town, easily accessible by cheap flights, it is rich in museums and the most fascinating Gothic buildings of France.
3. Dijon
The city of good wine and frescoed buildings. If you are a lover of food and wine, you can not miss this city.
The former capital of Burgundy is famous for its mustard, its ducal palaces and the many wine tours through the streets.
2. Lyon
The second position is occupied by a destination often ignored. Second only to Paris in terms of food and wine, is unbeatable with its museums and monuments dating from the sixteenth century. Don't miss the 'Festival of Lights' in December, which paints the city with light.
Tree-lined avenues, palaces, universities and art schools.
Aix-en-Provence is in first place,
Modern and active 24 hours a day, always offers discounts and reductions on flights, can be visited on foot and is ideal for those who love the green and 'romantic art.

those who live in real estate must pay the Taxe d'habitation and serves to pay for the various municipal services and is calculated from the value of the land registry of the house reduced by family expenses and any abatements provided, (example: first house)
Taxation is carried out on the basis of who lives in the property (even free of charge), on 1 January of the relative year of taxation.

in France there is no taxation based on the cadastral value of the property.

Last but not least is the cost of living in France

The solidity of the French economy, the good conditions in the world of work, allow a cost of living that is high, but proportionate to the wages.
To sign a rental contract is not so expensive.
For a studio apartment you start from 500 euros per month (to which must be added the cost of bills), in addition to various types of insurance required in France but that allow a high level of welfare.

Going to live in France is not a huge undertaking! With this guide, you will be able to get around one of the most beautiful countries in Europe without any problems.

For more news, we invite you to read our real estate news. 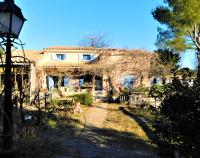 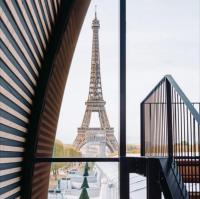 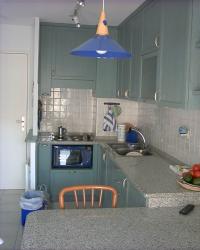 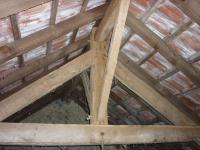 493,680.00USD
For sale
Farmhouse
10000 m²
Charming stone farm for sale in the south of France, Occitanie Charming stone farmhouse with 2 gites for sale on the beautifull slopes of the “Mont...
Add to favourites Details
REALIGRO FREE ADVERT
Cod. 41190 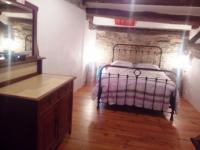 493,680.00USD
For sale
House
10000 m²
Charming stone farm for sale in the south of France, Occitanie Charming stone farmhouse with 2 gites for sale on the beautifull slopes of the “Montag...
Add to favourites Details
REALIGRO FREE ADVERT
Cod. 41082 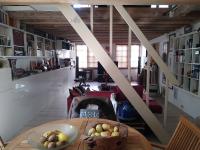