Sicily: sun, crystalline sea, golden beaches, citrus, arancini and cannoli, a welcoming land and meeting place of ancient peoples. Immersed in the Mediterranean, it brings with it centuries of different cultures, which have left their mark through art. The island is still today one of the most fascinating regions of the Italian peninsula. Cradle of the writer Pirandello, diversifies from East to West with its particular and unique locations.

Akragas for the Greeks, Agrigento today, is undoubtedly one of the densest cities in history. Founded by rhodium-cretan originals in 580 BC It is known throughout the world for the wonderful Valley of the Temples. Included in the list of World Heritage Sites (UNESCO), it is an archaeological area that leaves you breathless. Extended to 1300 hectares, it is the largest archaeological site in the world. The Valley is characterized by the remains of twelve Doric temples, fortifications, a vast necropolis and many other points where it is possible to breathe the wind of the past.
The key element is undoubtedly the Greek theater, which last year hosted around 583.465 tourists.


To experience this false-full experience, you can find the properties for sale in Agrigento here.


You can not visit Sicily without admiring the city of Syracuse. Built by the Corinthians, it was called Cicero as '' The most beautiful and great city in Greece ''. After becoming the capital of the Byzantine Empire, and survived the 1693 earthquake, it was also declared a UNESCO World Heritage Site. It was also an important site at the political-international level in 2009, hosting the G8 on the environment.

Beautiful from every perspective, Syracuse shows the signs of the Hellenistic age with the Rock Necropolis of Pantalica, the Island of Ortigia (in which there is the Greek amphitheater still used), the Archaeological Park of Neapolis and the Eurialo Castle.

If you are fond of Greek art, this is the site to visit to choose properties for sale in Syracuse.

Last but not least is the city of Ragusa.Inserita Val di Noto is one of the most important baroque centers still existing. The historic center was included in the UNESCO list in 2002 thanks to the characteristic Baroque Ragusa. What is characterized by? It is a reworking of simple, refined and eclectic works at the same time. Most of the artistic heritage is located in the ancient district of Ibla. Rich in religious architecture (such as the Cathedral of San Giorgio, the Church of San Giuseppe), it also hosts numerous parks and nature reserves. To not miss even one, you can find properties for sale in Ragusa here.


After visiting Sicily, one can only define '' Bedda ''(beautiful).

972,230.00USD
For sale
House
200 m²
Independent house on the coast of Sicily (Pachino, Syracuse, a neighborhood from the central square of the town), just 3 km from some of the most beau...
Add to favourites Details
REALIGRO FREE ADVERT
Cod. 39561 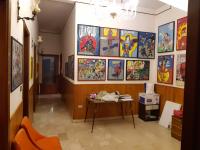 143,276.00USD
For sale
House
270 m²
Independent house on the coasts of Sicily (Pachino, Syracuse, a aeighborhood from the central post office), just 3 km from some of the most beautiful ...
Add to favourites Details
REALIGRO FREE ADVERT
Cod. 37544 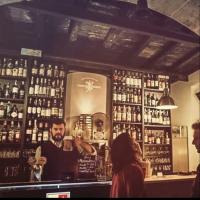 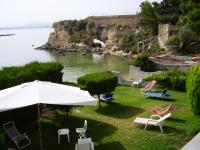 511.70USD
Rent-Holidays
Villa
Number of people: 1/8
Holiday type:
Accept pets: Yes
Parking: Yes
100 m²
For your holidays or for your relaxing weekends we offer a charming cottage in the Gallina district, a seaside area, about one km from the town and ab...
Add to favourites Details
REALIGRO FREE ADVERT
Cod. 33638 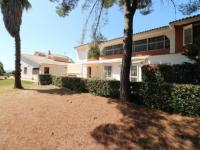 153,510.00USD
For sale
House
134 m²
The detached house is located in via Epicarmo 14.The building is on two levels, ground floor and first floor. It is totally renovated and is also semi...
Add to favourites Details
REALIGRO FREE ADVERT
Cod. 29063